Every spring, thousands of people flock to Austin, Texas for South By Southwest, a film and music festival that in recent years has opened with a very successful tech conference. South By Southwest Interactive, or SXSWi, has been the launching point for several innovative startups in past years – most notably Twitter in 2007 and Foursquare in 2009.  The festival’s unique combination of musicians, geeks, media executives, and general futurists alongside Austin’s tech-friendly business climate makes SXSWi a great place to debut the next big app. Here’s a roundup of what’s generating a lot of buzz this year: Hater approaches a social media from a new, and for some users, very important perspective.  You might be able to recall a time when you wished Facebook had a ‘dislike’ button.  Hater, similar to photo sharing service Instagram, allows users to share ‘the things they hate with the people they love’.  A user can share pictures and text about their least favorite things – traffic jams, bad service at a restaurant, or whatever else grinds their gears.  Despite criticism from some festival attendees that this app enables senseless negativity, creator Jake Banks points out that people disliking things can be a catalyst for social change.  “You might hate something so much you want to change it, which is the complete opposite of what happens when you ‘Like’ something,” Banks says. Yappem helps bridge the gap between social media and consumer reports.  By allowing users to act as ‘brand evangelists’, Yappem helps people share opinions on products and services.  Rewards, in the form of digital gift cards to major retailers, incentivize the action of sharing experiences.  I was able to attend the Yappem launch party, which was typical of many SXSWi events – free food, beer, and music for those willing to stand in line and install the app in front of a few Yappem representatives.  By gamifying the sharing of shopping experiences, Yappem hopes to help users make informed shopping choices while providing retailers and manufacturers with valuable feedback information. Gravidi, which just launched on the iPad, provides a layer of interactivity to streaming media.  By showing information related to a streaming video, Gravidi allows content providers to augment video with anything that could be relevant.  The initial soft launch this week includes a small amount of content, mostly film trailers and music videos. Attendees are excited about a few possible features, like being able to buy tickets for upcoming concerts. By partnering with SXSW to feature bands playing the festival, Gravidi hopes to take advantage of the festival atmosphere to generate hype for the app.

Whether or not you had the opportunity to be in Austin this year for South By Southwest, be sure to check out these apps. All three can be found in the App Store on iOS, and Yappem is on Google Play as well. 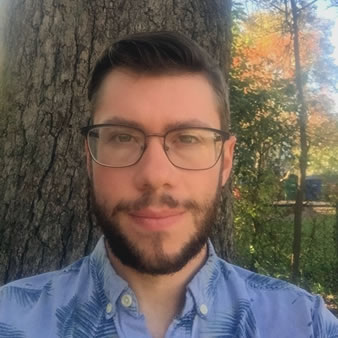 Stephen Brown is a Computer Science graduate of Southwestern University in Georgetown, Texas. In 2012, he received a grant to explore interdisciplinary educational applications of motion control software. More recently, he completed a cybersecurity-focused internship with Booz Allen Hamilton. Stephen is constantly working to keep his skills fresh and embracing new technology.